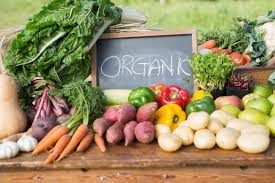 Why you should want an organic fundraiser

It’s 2019 and I’d say we’re nearing the peak of the worldwide organic craze. With articles popping up every day detailing the evils of pesticides from companies like Monsanto, and showing that sometimes pesticides can be incredibly harmful to the people who are in contact with them. It’s no wonder why more and more people are opting for organic, which avoids synthetic pesticides in their farming practices. There’s a lot of great benefits to supporting organic products. Along with health benefits (Mayo Clinic reports that there’s been evidence that organic foods including produce, grains, and even meats, can be higher in nutrients than their non organic counterparts,) organic foods can also provide numerous benefits to the environment. Organic foods are grown without synthetic pesticides, which have been shown to do significant harm to the ecosystems they interact with. As pesticides interact with the insects and weeds that they are meant to repel, they can often be transferred to their surrounding environment through natural processes like rain. Some ingredients in certain pesticides have been shown to have effects such as egg shell thinning in birds, reduced reproductive rates in birds, rats, and amphibians, and impaired metabolic functions in birds, amphibians, fish, and rodents. Ebbing even further into some negative effects of pesticides are the reduced biodiversity in ecosystems that are used as food for other integral species and pollinators. [Monarch butterflies are disappearing in the U.S. at alarming rates] Supporting organic farms is a small, but impactful way to help combat environmental degradation.

Why you should have an organic fundraiser

Now that we’ve got a little bit of background on organics, let’s break ground on something that we’re experts on; fundraisers. We’re in the business of fundraising so that we can inspire and empower good. Whether you’re raising money to send a class of eighth graders to an amazing educational conference, or you’re deeply in need of supplies for next year, we know that your fundraisers make a difference in your community. Choosing to hold an organic fundraiser helps make a difference in other communities too. Whether it be supporting a local farmer who goes above and beyond to grow organic products in an industry that values huge agribusiness, or including an organic coffee company in your fundraiser whose mission is to dismantle the industry that keeps latin american coffee farmers systematically poor. Organic products can help your fundraiser shine. An organic fundraiser can very quietly do a lot of good around the world. Organic products are grown in a way that tries to show respect to the earth we share. Organic animals are raised in ways that allow them to mimic natural livestock behaviors, organic crops are rotated on a seasonal basis to help maintain soil integrity, and organic farming also introduces less synthetic pollutants into the environment than it’s non organic counterpart.

Conclusion on the organic fundraiser

Ultimately, whether you choose to hold an organic fundraiser or not, we know that you’ll be supporting small artisans, and family owned farms all across the USA. And we for one couldn’t be happier to be a part of that. Happy fundraising!

Contact us at info@farmraiser.com to find more info about organic products near you.

Why organic? It’s 2019 and I’d say we’re nearing the peak of the worldwide organic craze. With articles popping up every day detailing the evils of pesticides from companies like Monsanto, and showing that sometimes pesticides can be incredibly harmful to the people who are in contact with them. It’s no wonder why more and…

Healthy fundraisers are available year round!

Why you should be thinking of your fall fundraiser now